A unique tour of the Prado Museum in Madrid 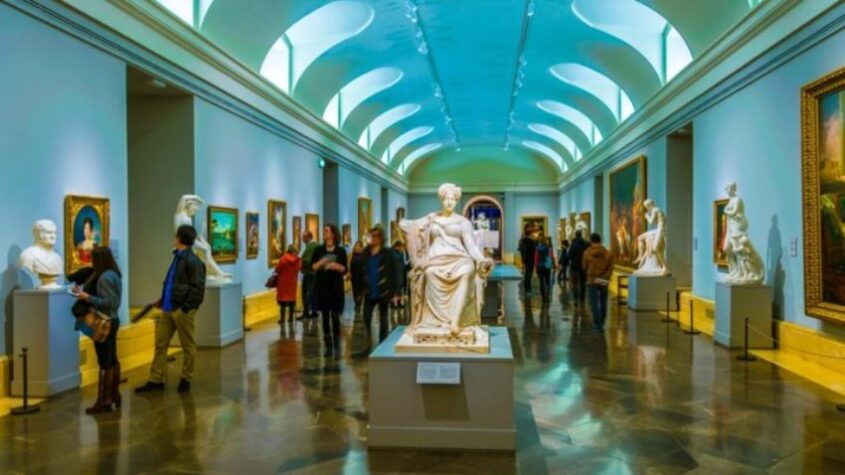 The Prado Museum is one of the greatest museums of the world. Located in Madrid, the home of 7,000 paintings is a must-see when you are in the city. That amount of art pieces could be a no-no but with this 2-hour tour, you can see most of them!

Begin your cultural and historic journey in the Prado Museum with these rooms on the ground floor. Flemish religious masterpieces of Hieronymus Bosch and Rogier van der Weyden will await you in Rooms 56 and 58. On the same floor, there is an exhibition of an outstanding collection of Raphael. For instance, The Cardinal in Room 49. Have also a glimpse at European traditions painted by Ablrecht Dürer in Room 55 where his Self-Portrait is also available to watch.

After a taste of Renaissance masterpieces, get ready for paintings from another era – the Spanish Golden Age. Start your visit of upstairs in Rooms 25 – 29 with the works of Rubens and Titian. The latter is the author of the epic Sisyphus and Titus paintings. Rubens, like Titian, was a Habsburg court painting. He had a huge influence on the infamous Diego Velazquez. His works can be seen down the central gallery’s hall.

On the same floor, in Rooms 8 and 9, are one of greatest yet unrecognized by the Spanish Court’s works. His name is El Greco. He specialized in religious paintings. His masterpieces are mostly in Toledo. However, the infamous Nobleman with his Hand on his Chest is in the Prado Museum as well as The Holy Trinity. The Rooms 10 – 12 are dedicated to the works of the greatest Spanish painter Diego Velazquez. You will see The Surrender at Bred, The Triumph of Bacchus, Apollo at the Forge of Vulcan and the great Las Meninas.

Room 15 still exhibit Velazquez’s works so head there if you want to see more of them. If you would like to know about another Spanish painter, visit Room 32 where you’ll see the works of Francisco de Goya. His Maja Desnuda and Maja Vestida are also exhibited in Room 36. Downstairs, you will also find some of de Goya’s masterpieces: The Second, and The Third of May 1808.

When is the best time to visit the museum?

The Prado Museum is open seven days a week. The opening hours are from 10 am to 8 pm on weekdays and Saturays, and from 10 am until 7pm on Sundays and during holidays. For a better experience – as in to avoid crowds, try to visit the museum as soon as it opens. You could book an accommodation nearby,  to be there on time. If you can’t make it for the opening hour, explore it around 2 pm when people are off to lunch. Buying at ticket in advance will also save you from queueing.